Re: Social Media Brands and Businesses Taken for a Ride

Written by TMG on February 7, 2014. Posted in Social Media

I think that the best way to begin this post would be to say that we don’t need to respond on this topic. Our clients see continual growth through social media and we have no need to go on the defensive. However, a certain South African businessman published an interesting article that makes some very good points against the emerging social media marketing industry. To some extent, I agree with every point that the author makes. Nonetheless, I want to discuss the fallacy in universal applicability of his points to every social media firm or freelancer. 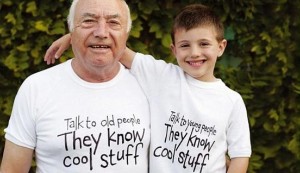 First, I’d like to address the potential ageism within Barker’s post, as he suggests that 20-Somethings (people in their twenties) start these companies that lead to no client growth. That may be the case in South Africa (I can’t say either way). However, in most places, the age demo within social media, SEO and web development companies is fairly diverse, probably with a median in the thirties. The implication in Barker’s article is that 20-Somethings lack the scope, education or skills to grow clients’ businesses through social media. In my experience this could be the case… or it could not be the case. And in either circumstance, the social media workers’ ages have nothing to do with their success or lack thereof. In contrast, their level of exposure to, experience with and mastery of social media, networking, economics, content marketing and syndication directly correlate to their varying degrees of success or failure.

While I don’t think that Mr. Barker would directly suggest that 20-Somethings fail due to their age, the article certainly deters readers from hiring this generation to do web marketing work. I suggest factoring more relevant information into your decision-making. 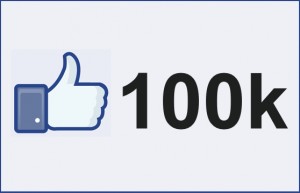 Barker makes a good point here – not all “likes” are equal. He even goes as far as to call some 20-Somethings “smart” – the implication being that they are crafty, sly and cunning in their actions. However, let’s consider this claim:

“…anyone can generate hundreds or thousands of likes on Facebook to the extent that they feel a client will be happy with.”

Really? Anyone? I don’t know about that. I would relent that, with the right budget or bot-programming resources, anyone could farm for hundreds to thousands of likes. But sans the ad budget or automation, that’s not possible. Besides, the coders at Facebook have gotten smart enough to block bots and automation. Furthermore, their algorithms and parameters discourage inorganic growth, encouraging social media ad agents to generate ads and non-paid posts with engaging content, relevant to their various targeted demographics. Ergo, their likes come from users who cognitively decide to like pages for the purpose of gaining information and converting into customers.

This point definitely rings true with anyone who has felt the sting of a bad ghostwriter. As a ghostwriter, I understand my clients’ hesitations toward the idea. After all, it is not easy to hand your company’s image and voice to some English major who knows little to nothing about your product or service.

But, is that the case? Again, I know very little about South African society, but having studied in the States and the UK, I’d say that education establishments (in their varying incarnations) offer well-rounded curricula and learning environments. Furthermore, most programs (specifically communications, marketing and English) stress research, even in undergrad. So, the contemporary 20-Something ghostwriter has advanced research ability, the whole of the internet at their fingertips and exposure to the subjects of economics, law, arithmetic, medical science and more—offering the ability to write insightful articles that appeal to the lay person in a particular industry’s customer base.

Besides that, no survival-conscious ghostwriter would form a status, promotion, tweet or blog post without thinking through the content’s subsequent effect on the client. Social media acts as a vehicle to foster relationships between the brand or company and the web user, for the end goal of conversion. So, every post works toward that purpose, because if it doesn’t work, the client fails and then we fail, get dropped and achieve negative reviews.

That being said, yes, we do say anything we like. We like to keep our clients happy and successful, therefore, we write content that will improve the brand, engage users and convert them into customers.

Update Social Media on Their Own?

Barker’s biggest bit of advice for business owners: update your content yourself. Here’s the problem, just as I am a lay person in medical science, our medical campus clients are lay-people in social media marketing, SEO, web development and more. So, you’re thinking that I disagree with Barker wholly on this front? By no means. I only partially disagree with him. I think that, when necessary, business owners should work with Internet marketers to create accurate content that users actually want to read, view and share. This is not always easy and it will fail at times. But, it will work some times.

The article also bashes the so-called “meaningless paid for content.” Grammatical error aside, let’s discuss this concept. After all, on many successful Facebook business pages, you will see a lot of meme posting, random nonsense and general postmodern humor. Many times, these posts have little or nothing to do with the particular industry. Yet, they tend to get the most user engagement.

So, do these posts lack worth just because they are full of sound and fury, signifying nothing? Well, they get people involved on the business page, on which they see the logo, photos of products and various manifestations of brand mentality. So, how do these posts work any differently than a highway, along which we see billboards for restaurants, attorneys and boutiques? If anything, they work more effectively and, unlike billboards, they actually bring some semblance of joy or entertainment to the user’s day.

We live in an over-stimulated society that seeks entertainment by any means necessary, often times overlooking “useful” information in favor of the random and/or funny. While I do not recommend entirely avoiding useful information, I do recommend keeping it down in favor of the random and funny when it comes to social media platforms. Proactively seek the random. In a postmodern world, the random and hilarious status update influences and the solicitation fails. If you do not try with all of your energy to generate the perfect random post, you will fall into antiquated solicitation. Since it is the social media marketers’ only job to seek this sort of engagement, they are better at it than the business owner whose preoccupied with class action lawsuits, attracting dinner crowds in bad weather or fixing a teenager’s broken arm. 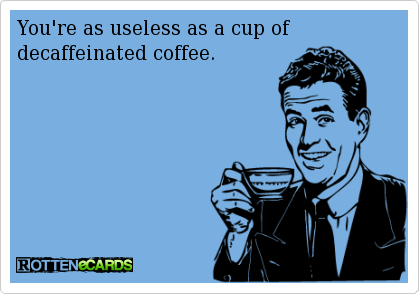 As a daily user of Google Analytics, I’m a fan of metrics. According to Ehrenberg-Bass, Facebook fans aren’t the sorts most businesses should seek. In fact, most pages with hoards of fans lack any engagement whatsoever. But, here’s the thing, this study (or those who cite it) has taken an unfocused lens on a complicated subject. I firmly believe the results to be correct, because I also believe that most Facebook admins don’t understand marketing, economics, content generation or any of the knowledge sets that contribute to social media marketing other than how to set up a Facebook business page.

The study said that only 1% of fans engage with brands. If anything, this is reason to get more likes. Hopefully, it’s a reason to figure out: how do I get likes from users who will get involved on my page? That can take a lot of work, and that’s why The Mac Groups dedicates our energies to it.

I believe the study’s results; I’m just skeptical of the intended implication. The reason being that I witness mass fan engagement on a daily basis. I also see pages with zero fan engagement (because business-owner’s tendencies lean toward solicitation, jargon and boredom).

As I’ve mentioned in a previous post, the world is flat. That is both a statement and the title of an important economics book. So, when a South African businessman writes an article about a WNY-relevant industry, we will know about it. More importantly, this is a global industry. Therefore, while we know it in WNY, they know it in the UK and someone else knows it in Australia. If it’s translated (which Google can do easily), then they know in China, India, Switzerland and everywhere else.

Listen to guys like Barker, but take their precautions with a grain (or a cup) of salt. Plenty of 20-Somethings suck at web marketing, specifically in the social media platform. However, plenty of 20-Somethings rock the social media front. In contrast, plenty of 50-Somethings also suck at marketing, just like people of any generation can rock or suck at law, phlebotomy or social work. Do your homework when hiring any sort of agency (be it social media or human resources) and understand industry best practices. Do what you do best and leave other stuff to whatever people do that best.