It looks like we are seeing some hostile marketing with a few companies. Granted, “hostile” might be a bit of a strong word. Certainly, these commercials are a little more obviously directed to bash competition:

In response, you may have seen this on the McDonald’s Facebook Page: 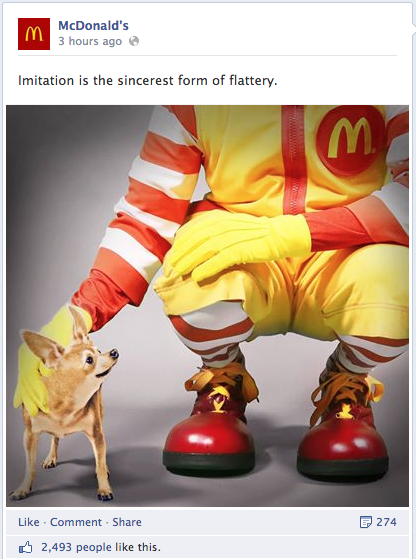 That video has been pretty huge this week. However, this one is pretty important too:

If you don’t get the point of that video, then maybe you weren’t watching the Olympics, during which this Cadillac ad aired almost every commercial break:

Personally, I like the Cadillac ad. I can’t afford the car though. Even if I could, I’d get a BMW.

In any case, the Ford ad directly parodies this Cadillac ad. It makes sense… seeing as both vehicles are plugin hybrid / electric vehicles. It doesn’t make sense, since the vehicles don’t even compare as far as car class is concerned. That being said, both ads say something about America, and neither is really all that universally appealing. That being said, apparently the Caddy ad annoyed tons of Olympics viewers, so kudos to Ford for parodying something that plenty of people seem to hate.

But, will it get them to buy the vehicle?