Aiming for the Right Goals in Your Social Media Strategy 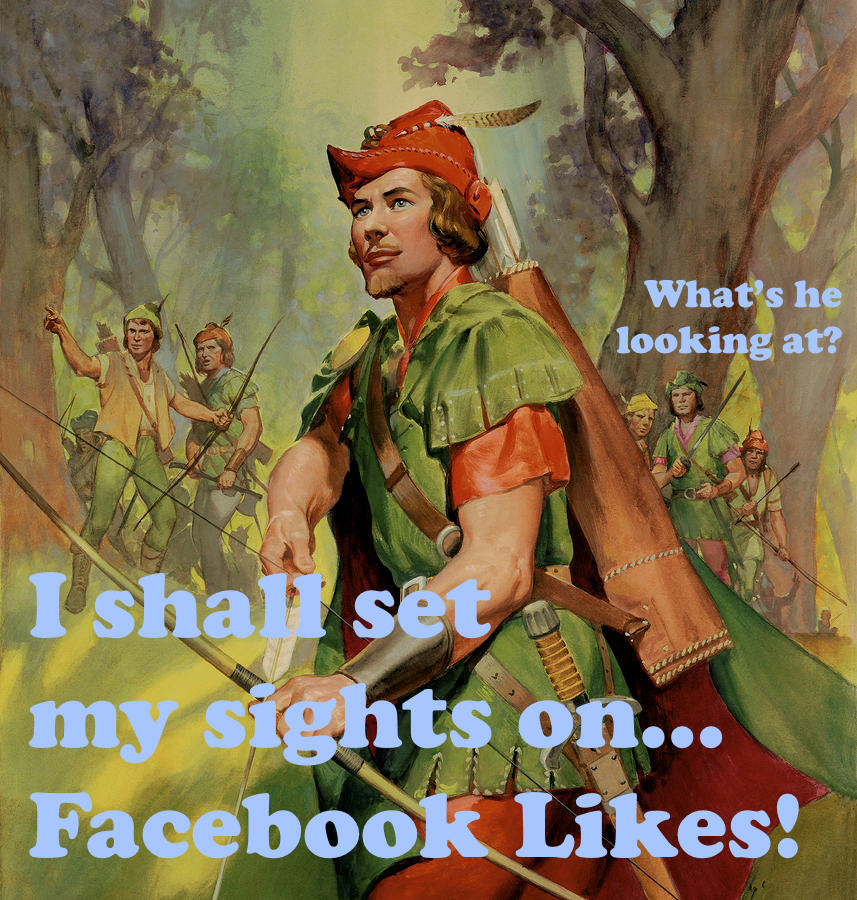 So, you are either starting a new social media campaign or revamping stagnate or otherwise unprofitable social media pages… you have a lot coming your way.

However, like any sport, you will want to aim for the correct goals. You could imagine how ridiculous it would be for a running back to stop dead halfway through an opponent-less football field, expecting the refs to call it a touchdown. What if a baseball player purposely hit a foul ball and proceeded to run the bases, then argued with the umpire to call it a home run?

It sounds funny in theory, but in reality we might expect these athletes to get their heads examined.

That’s why we need to aim for the correct goals in social media, avoiding goals that we either cannot quantify or that don’t actually matter. Here are a few simple, common goals to either avoid or set in your coming social media plans:

While you definitely want plenty of Twitter followers, Facebook likes or Youtube subscriptions, aiming for a particular increase in these numbers isn’t necessarily the best goal to set in the beginning of a new social media plan. “Why not?” That’s a legitimate question… anyone could buy followers, likes or subscriptions. So, while this seems to be a great quantifiable indication of success, it actually leaves much to be desired. Plenty of pages have a lot of fans, yet see no engagement. Maybe that’s because the thousands of fans are actually robots, spam pages or otherwise purchased “likes” that have no interest in the business’s page.

ROI is important, don’t get me wrong. However, Inscrutable ROI is useless. What do I mean by this? Let’s say you kick start a social media campaign, but see no noticeable growth for your business? Maybe you’ve sold a few more products than usual or booked a few more tables, but not enough to know whether it came from social media or elsewhere. Maybe you’ve ended up seeing less business since implementing your new social media strategy.

But, what about seasonal depressions, the presence of new local businesses (competitors and others) or other factors that could lead to fluctuations in your revenues. Without setting up the proper filters, you can’t really know if your positive or negative ROI comes from social media or the myriad factors associated with revenue fluctuation. Maybe you’ve had less business, but what if the increase in visibility due to a Facebook page accounts for all of the remaining business? You would need to set up signals to identify revenue sources, and sometimes this requires creativity.

Aim for These Goals:

While likes and followers can be bought, comments, likes, shares, retweets and mentions aren’t so easily gained. Set goals for engagement from the beginning to really understand the interpersonal benefits to a social media strategy.

For example, gauge the current typical reach for your Facebook posts. Do you want to double this reach by a certain date? What does your social media team suggest as far as a realistic post reach?

How many comments do your posts typically receive? Have you found creative ways to respond to these comments?

Do your tweets receive responses, favorites or retweets? What are your competitors, friends or other businesses doing to achieve these actions from followers? Do you hope to receive comparable levels of engagement to these sorts of Twitter users? If so, this sort of engagement goal could help to set your sights in the right direction.

If you want to gauge the amount of your revenue that comes from social media, launch a promotion that you isolate to social media outlets. You can even make the promotion only redeemable through followers, fans and the like. The number of redemptions will indicate your social strategy’s success.

Similarly, you can offer different promotions through different channels in order to identify the most successful outlet (be it Facebook, Twitter or something else). Then, you can set further goals for reach or ROI to boost these outlets. Depending on your industry, you might even decide that certain social networks lack the right demographics for you to continue pursuing engagement. That being said, no matter your industry, some social network (probably Facebook) will benefit your business, especially considering the lack of success in traditional marketing avenues as time progresses.