If you’ve been on social media at all in the past few weeks, you’ve probably noticed the crazy amount of people hopping on the ALS Ice Bucket Challenge bandwagon. What started out as a quirky movement to raise awareness and funding for Lou Gehrig’s Disease went full-blown viral, and has now seen more than 1 million people post Facebook videos as part of the challenge.

Although there has been some debate as to whether the movement has spread as a result of genuine intentions, there’s no denying that it has indeed spread like wildfire, showcasing just how powerful the social web can be.

For marketers, there’s probably something we can learn from breaking down this phenomenon, so let’s take a closer look. 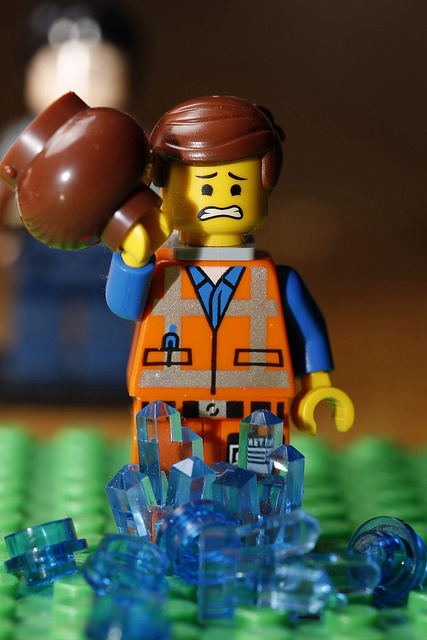 In 2014, every person with a smartphone or a computer is his own media network. Every person is a broadcasting channel with the capability to send their message out to the world through blogging, social media and other forms of web posting. And with millions of messages being sent every hour, you’d probably expect the web to be chaos — and it sometimes is — but it can also unite people like nothing we’ve seen before. Without social media, this whole challenge would be impossible. Dumping a bucket of ice water on your head and then telling 3 friends about it is one thing, but filming it and openly challenging people in front of everyone you know is something completely different.

So what’s the lesson to learn here? The same one we’ve learned from selfie culture: people love broadcasting themselves. 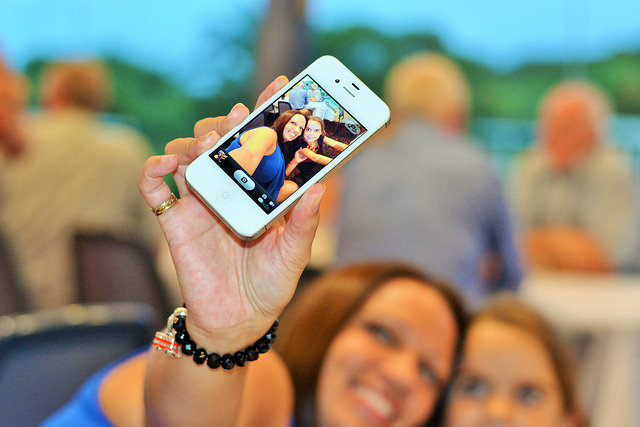 If you don’t know what that means, it stands for fear of missing out, and it has been the subject of multiple studies attempting to prove that seeing our friends doing fun stuff on Facebook makes us feel like we’re missing out on something. And for the most part, that hypothesis is right. A study conducted by University of Michigan psychologist Ethan Kross found very interesting results suggesting that Facebook actually makes people feel lonely and sad, probably as a result of this FOMO principle.

What to make of that? People love to be a part of things. In fact, basic human instinct drives our need to be included and accepted. As people get nominated by their friends to perform the Ice Bucket Challenge, they instantly become a part of something, and that has a very powerful effect that has helped drive action for the campaign. 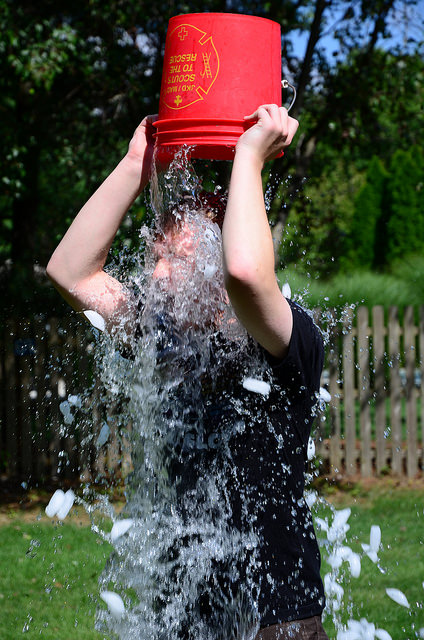 A Good Cause (And a Little Bit of Ego)

If there’s one thing people love more than donating to a good cause, it would probably be drawing attention to themselves while they’re donating to a good cause. Sure, the success of this campaign is rooted in charity, but many charitable campaigns before it have failed, and many more in the future will as well. What this movement does especially well is combine the elements of our first two points (getting attention and being included) with feel-good intentions. The ALS Foundation has received more than $13 million in donations since July 29, a period of time that yielded only $1.7 million last year, so people have definitely gotten on board with the financial side of the challenge as well.

What can we take away from this? People are happy to donate to a good cause, and really, they’re happy to take part in all kinds of actions, so long as there’s something in it for them. The experience of dumping ice water on yourself may not sound like a perk at first, but combined with the other aspects of the challenge, it was just enough to get people motivated to take action and make a difference.

Marketers may not be able to develop anything quite as catchy as the ALS Challenge anytime soon, but it’s always good to learn from what’s worked in the past. What are your thoughts on the topic? Is there anything we’ve left out?